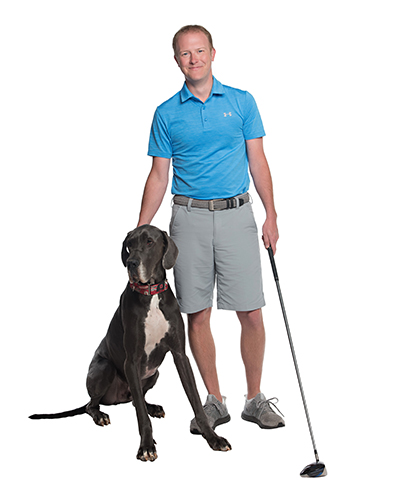 Spencer is an attorney in the firm’s Charlotte Office. A native of the great state of Ohio, Spencer graduated with a B.A in Journalism from Miami University in Oxford, Ohio in 2005. He went straight from college to law school and received his J.D. from Capital University in Columbus, Ohio in 2008. He was admitted to the Ohio bar that same year.

Spencer began his legal career in real estate in Columbus, Ohio. In 2010, he moved to Charlotte with his wife, Marissa, who is from Salisbury. He was admitted to the North Carolina bar in 2011 and joined Campbell & Associates that same year. His primary focus at Campbell & Associates is personal injury, but he also has experience in workers’ compensation. Spencer is the Personal Injury Department Head.

When he’s not at the office, Spencer enjoys golfing, working on his golf game, participating in a local Great Dane rescue, and cheering on northern Ohio sports teams, including the teams of THE Ohio State University.