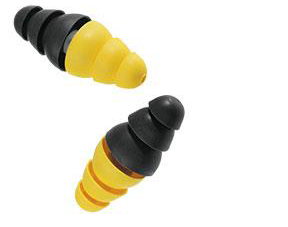 Did You Suffer Hearing Loss During Military Service?

You may qualify for financial compensation if you are a U.S. Military Veteran who:

What is the 3M™ Combat Arms Earplug Lawsuit About?

Veterans left with permanent hearing damage allege that 3M™:
✓ Designed and manufactured an earplug too short to fit into the ear canal
✓ Knew as early as 2000 that there were flaws in the design
✓ Failed to disclose this design defect to the U.S. military
✓ Put U.S. service members at risk for hearing loss without their knowledge

In 2018, the U.S. Department of Justice reached a $9.1 million settlement with 3M™ Company, resolving allegations that 3M™ knowingly sold defective dual-ended earplugs to the military.

What is the Problem with 3M™ Combat Arms Earplugs?

• Closed/Constant Protection Mode: The green insert was designed to block all sound.

• Open/Weapons Fire Mode: The yellow insert was designed to protect the eardrum from gunfire and explosions while still allowing soldiers to hear verbal commands.

The Design Flaw: The double-ended earplug stem was too short to fit into the ear canal correctly. The large flange on the unused end blocked the inserted end from pushing far enough into the ear. During testing, 3M™ used a technique where the user would roll back the unused end before insertion. But this was merely a suggestion on the packaging. The design of the product itself required the roll-back technique for soldiers’ hearing to be protected.

Are You Suffering from Hearing Loss Symptoms?

Veterans and active military who used the defective 3M™ Combat Arms earplugs may be suffering from hearing loss symptoms, including:

3M™ Combat Arms Earplugs were standard issue in the U.S. military beginning with the start of the Iraq War in 2003 and were used in both Iraq and Afghanistan until 2015.

Do I Have a Claim?

At Campbell & Associates, we believe that product manufacturers have an ethical responsibility to effectively warn consumers of potential risks or defects.